International Education Week 2022 Series for K-12 Educators:
Resilience in the Face of Conflict

As we see conflicts arising all over the world, it is important to recognize and celebrate the resilience of different societies in the face of challenges. To mark International Education Week 2022, the UNC area studies centers and the NC Department of Public Instruction will host a series of events for educators on the theme of “Resilience in the Face of Conflict.” Through the series, teachers can learn about specific challenges facing societies in different parts of the world and how people have responded to assert their own humanity, protect their cultures, and uplift their community.

Each session will highlight content and resources related to a different world region: Europe, Africa, Asia, and the Middle East. Teachers can attend one session to learn about a specific area, or attend all sessions to gain a broader understanding of the current moment around the globe. Attending educators will receive content and resources to equip students with the critical thinking skills and global perspective necessary to solve challenges of the future.

A special kick-off event on Sunday, November 13, 2022, will be in conversation with Ukrainian teachers to talk about their experiences.

Participants will receive a certificate for 1.5 PD hours for each event attended. They will also have the opportunity to submit materials to the NC Department of Public Instruction for additional hours toward Continuing Education Units.

A week of programming:

Join us for a special discussion on education and resilience in wartime with displaced Ukrainian teachers in the United States and those still teaching in Ukraine, including in the Russian-occupied territories. The panelists will talk about the challenges they and their students face with access to safe school space and learning resources, and what it takes to counter the Russian invasion and propaganda through education.

Hosted by UNC’s Center for Middle East and Islamic Studies

Today, 89.3 million individuals worldwide are forcibly displaced. Over 35 million originate from Middle Eastern and North African countries. At the same time, over 32 million remain in the region, either as refugees, asylum seekers, or internally displaced persons (IDPs). This webinar will explore causes and consequences of displacement in the contemporary Middle East and North Africa. We will consider how environmental factors, demographic shifts, and constructions of ethnic and national belonging contribute to displacement, but also how migration exacerbates inequalities in the region, particularly in economic, legal, and societal terms. Finally, we will explore what it means to belong in diaspora for Syrians who have (re)settled in Germany and the United States. 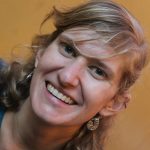 Michelle Dromgold-Sermen is a Ph.D. candidate in the Sociology Department at UNC. Her research interests include U.S. immigration law and policy, legality and migrant belonging, global migration governance, and Middle East displacement and diaspora. She has spent extensive time researching and working with migrant and refugee populations in Germany, Turkey, and the United States.

Watch the recording for “Displacement in the Middle East” by clicking this link.

People’s health – on both the individual and population level – is deeply interconnected with sociopolitical factors. Political conflict has critical health implications, and these impacts often work along the gradients of existing social inequities. This talk examines these interconnections through a look at the 2021 military coup in Myanmar, the subsequent popular uprising, and the implications in particular for historically marginalized communities in and displaced from eastern Myanmar. This centering of communities whose roots are on the Thailand-Myanmar border highlights day-to-day resistance to state oppression and offers insight into cross-border and transnational solidarities. This webinar asks how these solidarities support health and well-being, even in the face of ongoing state-instituted violence and harm. 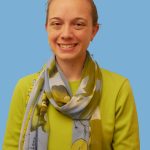 Ann Suk is a doctoral candidate in the UNC Department of Anthropology, focusing on health among refugee populations fleeing Myanmar. She has a background in public health, and she has conducted fieldwork in both Thailand and the United States.

+Wednesday, November 16 6pm: “South African Exiles in the Anti-Apartheid Movement: The Personal and Political Experiences of Oliver and Adelaide Tambo”

Sabotage. Boycotts. Economic sanctions. Radio Freedom. The anti-apartheid movement was a multifaceted struggle that united diverse interests in pursuit of a democratic South Africa. This talk highlights the leadership of South African exiles Oliver and Adelaide Tambo, the married, dynamic duo who served as key leaders of the African National Congress (ANC), a leading anti-apartheid organization banned in South Africa in 1960. It documents the Tambos’ efforts to re-establish the ANC abroad, the challenges of waging a mass mobilization campaign in exile, and the tumultuous domestic and global politics that tested the ANC’s strength as a liberation movement. With the ANC becoming South Africa’s first democratically elected government in 1994, this talk ultimately reflects on the international solidarities and contestations that contributed to the downfall of apartheid and characterized one of the most powerful global social movements of the twentieth century. 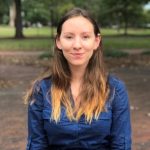 Laura Cox is a PhD candidate in the History Department at UNC-Chapel Hill. She is a Royster and Fulbright-Hays Doctoral Dissertation Research Abroad Fellow. Her research centers South African women exiles and global coalition building during the anti-apartheid movement, examining how activists negotiated, challenged, or operated within different forms of racial and gender stratification.

This workshop examines the social, political, and historical issues present in Francophone Caribbean writing through the example of Patrick Chamoiseau’s Creole Folktales. We will examine text and context in a variety of activities around questions of space, race, trauma, or identity. We will also keep in mind how historical repercussions of French colonialism might usefully be brought to current discussions in the United States.

For this workshop, we encourage everyone to read two short stories before attending: Patrick Chamoiseau’s “The Rainmaker” and Wendy Walters’ “Lonely in America.” Though this is encouraged, all are welcome to attend regardless of whether not they have read the stories beforehand!

Dorothea Heitsch is Teaching Professor in French & Francophone Studies in UNC’s Department of Romance Studies. She teaches a wide variety of courses ranging from French language to content courses at all levels in French and English. Her research focuses on literature’s intersection with other fields, such as medicine, religion, philosophy, feminism(s), alchemy, or the history of the book. She currently works on early modern interreligious dialogue and examines the worth that discussions across the faiths may have held for fifteenth- to seventeenth-century readers and writers within and beyond Europe. 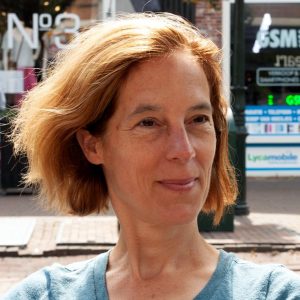