The events of this week, from February 17-24, served as a platform for the UNC community to explore crises of citizenship and belonging across world regions. As individuals and groups traverse borders and struggle for survival across the globe, they risk losing citizenship, losing their place in the societies around them. Marginalized populations fight to gain and keep citizenship, are repeatedly forced to prove they belong in their societies, and constantly question the very meaning of citizenship and belonging.

Each event in Global Spotlight Week 2018 focused on crises of citizenship across Africa, Asia, Europe, Latin America, the Middle East, Russia and East Europe, and the US. The art installation, films, lectures, panels and concert were spaces for the UNC community to speak and learn about the flows of migration and ideas that impact belonging in our contemporary world. 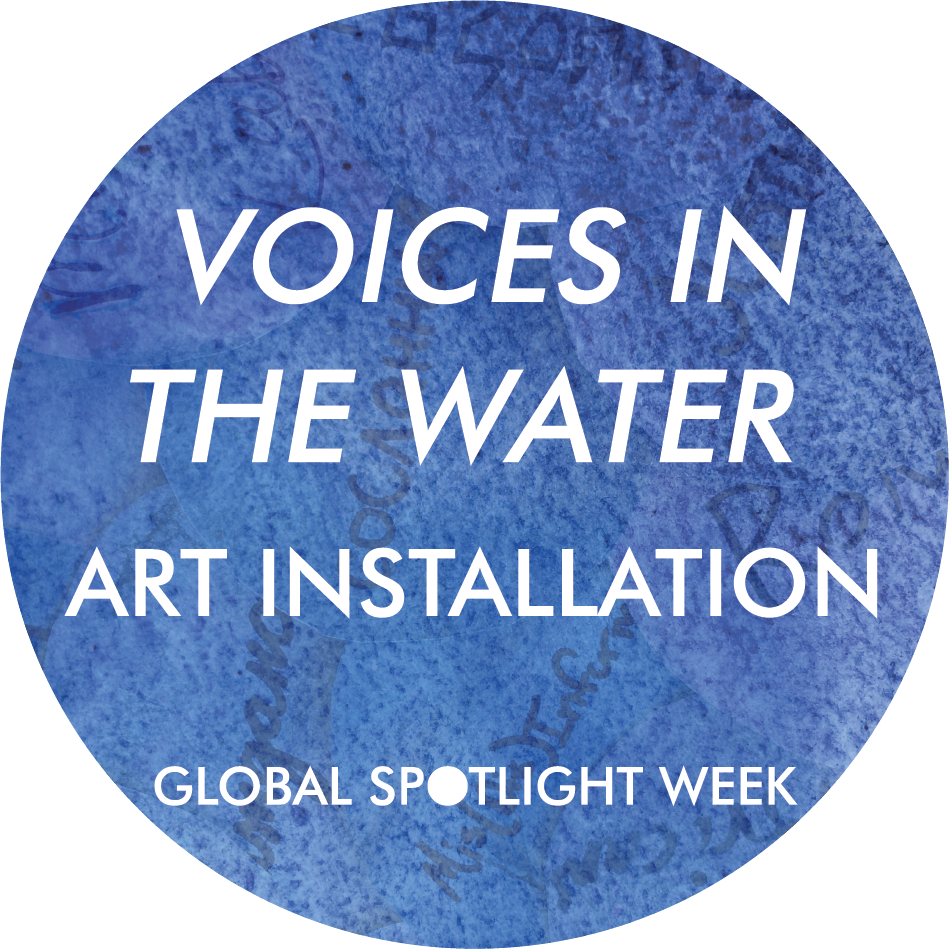 Voices in the Water: Stories of belonging across borders

Movement, migration, belonging. Paths to citizenship affirmed and denied. Stories of humanity around the world. As we consider crises of citizenship, we recognize that water unites all people. Through this visual display, Durham installation artist Bryant Holsenbeck provided visitors with a way to reflect on the shared humanity of those affected by crises of citizenship across borders. Holsenbeck used water as symbolism for movement, and as a way of connecting people across world regions who experience a spectrum of economic, social and political situations that affect their well-being and belonging.

During Crises of Citizenship events, the UNC community was invited to participate in the installation. Visitors added a water droplet with a word of support, or names of those they wished to recognize and honor in relation to crises of citizenship.

Context and Relationality in Latin American and Caribbean Studies

UNC Institute for the Study of the Americas

The annual conference of the Consortium in Latin American and Caribbean Studies at the University of North Carolina at Chapel Hill and Duke University creates a space for students, faculty and the community-at-large to share ideas and develop understanding of the more pressing issues facing Latin America. This year, the conference featured a keynote address from Professor Arturo Escobar, entitled “Transhumancia epistémica: Reflexiones de cuatro décadas de práctica académico-política.” English translation was provided. Other panels examined gender-based violence, economic insecurity, migration and health, Afro-Latin American identities, social and cultural movements. The conference program includes both days of the event, the first of which took place at Duke University, and the second at the UNC-CH FedEx Global Education Center. 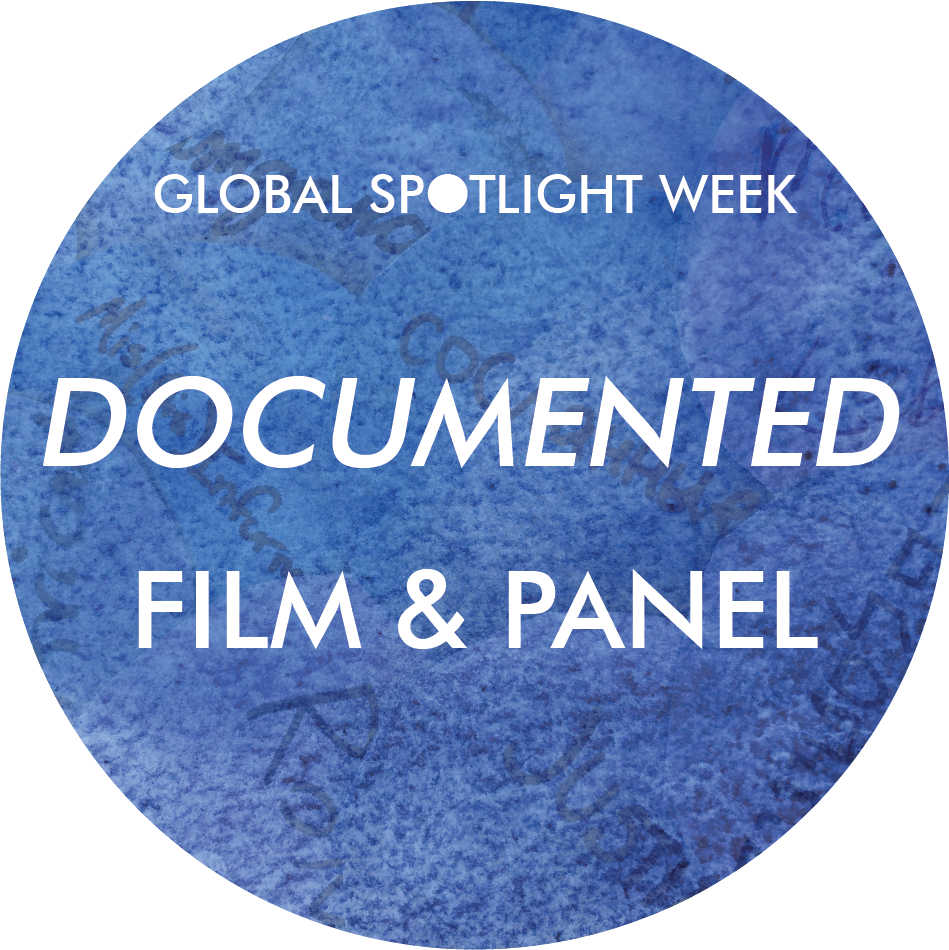 Documented recounts the life of Jose Antonio Vargas, a Pulitzer Prize-winning journalist who is an undocumented immigrant and activist in the U.S. Vargas, a Filipino American, continues to be a strong proponent of immigration reform. The screening shed light on the fact that undocumented immigrants are close to home, that they are our classmates and friends, that they are integral and important members of society, and that their desire for citizenship and belonging is an everyday struggle that cannot be ignored. This event brought together members of the Chapel Hill community and university to discuss important issues of Asian migration to the U.S. and immigrant integration.

Students, staff and faculty from the Global Education Center and affiliated programs came together to discover where global experiences and intercultural competence can lead. The reception featured an art opening and showcase the global opportunities available to students. Refreshments were provided by So Good Pupusas.

On the panel, UNC alumni spoke about diverse career trajectories and possibilities. The panel included: 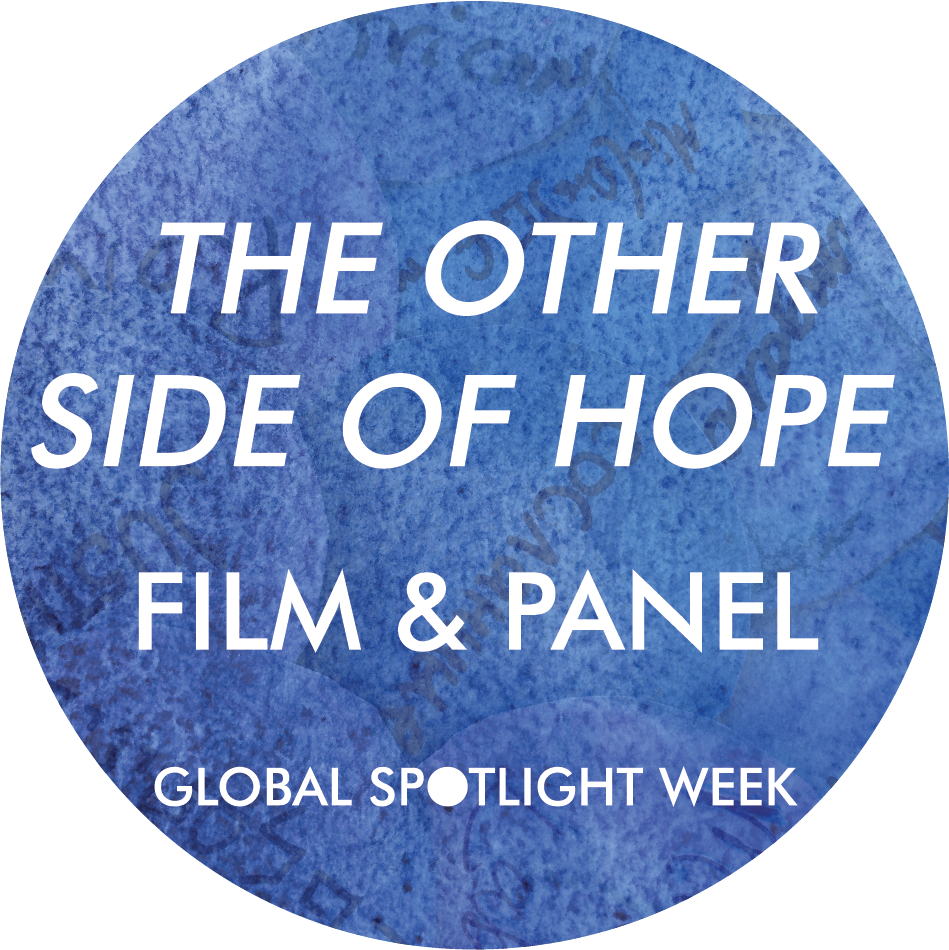 The Other Side of Hope Film Screening and Panel

African Immigrants in Canada and the Racial Discrimination Boomerang

The Black population in Canada today is highly diverse; it includes the Canadian-born descendants of those who came through the slave trade; the descendants of those who migrated from the U.S. before and after the Civil War; and Blacks who immigrated from the Caribbean, African, and other countries in recent decades. Notwithstanding this diversity, portrayals of Blacks as a homogeneous group abound in the Canadian public discourse and academic writings. This presentation dealt with the immigration, socioeconomic conditions, and experiences of racism among Blacks in Canada, paying particular attention to Black continental Africans. Refreshments were provided after the lecture.

Professor Joseph Mensah is Chair of the Department of Geography at York University in Toronto. A first-generation African-Canadian intellectual, born and raised in post-colonial Ghana where he did his B.A., he has written widely on Cultural Studies, transnational and return migration, ethno-racial identity formation, and African development. His most recent book, written with Christopher J. Williams, is entitled Boomerang Ethics: How Racism Affects Us All.

In recent decades, millions of Africans have migrated out of their home countries to other African countries, and to Europe, Asia, and North America, because of pressures such as climate change, political unrest, and socio-economic vulnerabilities. And yet, African migrants demonstrate their resilience by forming new communities of Nigerians in Guangzhou, Zimbabweans in Johannesburg, Ethiopians in Milan, Somalis in Nairobi, Congolese in Greensboro, or Sundanese in Toronto. These diverse migrant communities face different challenges and opportunities to establish citizenship and belonging in their new homes, just as they navigate their relationship to the homes they left behind. Their displacement and migration is part of a larger and longer history of the African diaspora and Africans on the move in the world. 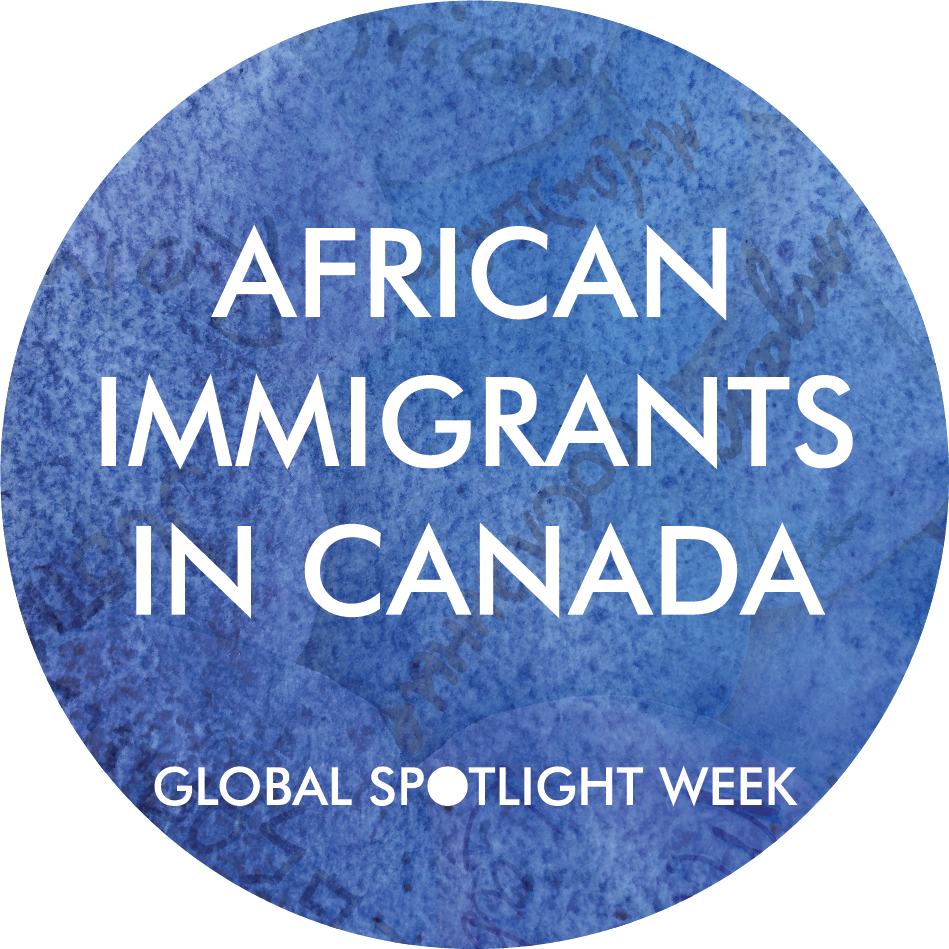 Moment of Truth: How Russian-Style Reality Came To America

Misinformation. Misdirection. Fake News. Russian meddling. After more than a year in a new, Russian-style fog machine, the American public has learned one thing: Sunlight remains the best disinfectant. Real information—provided by professional, credible journalists with standards and ethics—still has the power to cut through the confusion. Investigative journalists have rallied to unearth new details about the Russia investigation, secret changes at federal agencies and presidential business dealings, cutting through distortions and conspiracy theories with solid, undeniable facts. The problem that has emerged is not the lack of accurate information, but the choice some are making to not believe it; to buy into the unsubstantiated and the untrue. Encouraged by the president, his anti-press allies and the hidden hand of Russian internet trolls, this approach is redefining a core responsibility of American citizenship: To seek out the best and most reliable information with which to make political decisions. It had been a mostly unspoken tenet, but one that was unique to American-style democracy. Russia was the place where a citizen’s duty was to put their faith in the state and its leadership above all else, even objective reportage. This unprecedented moment in American political discourse calls for a new commitment to fact-based decision making. But, Jim Rutenberg asks, is that possible in the current political climate?

With over 25 years of reporting experience, Jim Rutenberg was named media columnist for The New York Times in January 2016. Previously, he was a chief political correspondent for The New York Times Magazine (2014-2016), and currently is a writer at large for it. He served as the national political correspondent for the paper from 2010 to 2014, co-leading The Times’s daily coverage of the 2012 presidential campaign.

Refreshments were provided before the lecture.

Tickets for the event were available on Eventbrite.
Omar Offendum is a Los Angeles-based Syrian-American hip-hop artist, activist and architect. His music and poetry, which he performs in both Arabic and English, are infused with historical, geographical and religious references and intermixed with personal accounts of faith, politics, and growing up in Washington, D.C.

Omar Offendum’s focus on Syria and uprisings in the Middle East expose American audiences to a little-understood region. His poetry and music build on American Hip-Hop and compel diverse audiences to consider issues of identity, belonging, and diaspora. 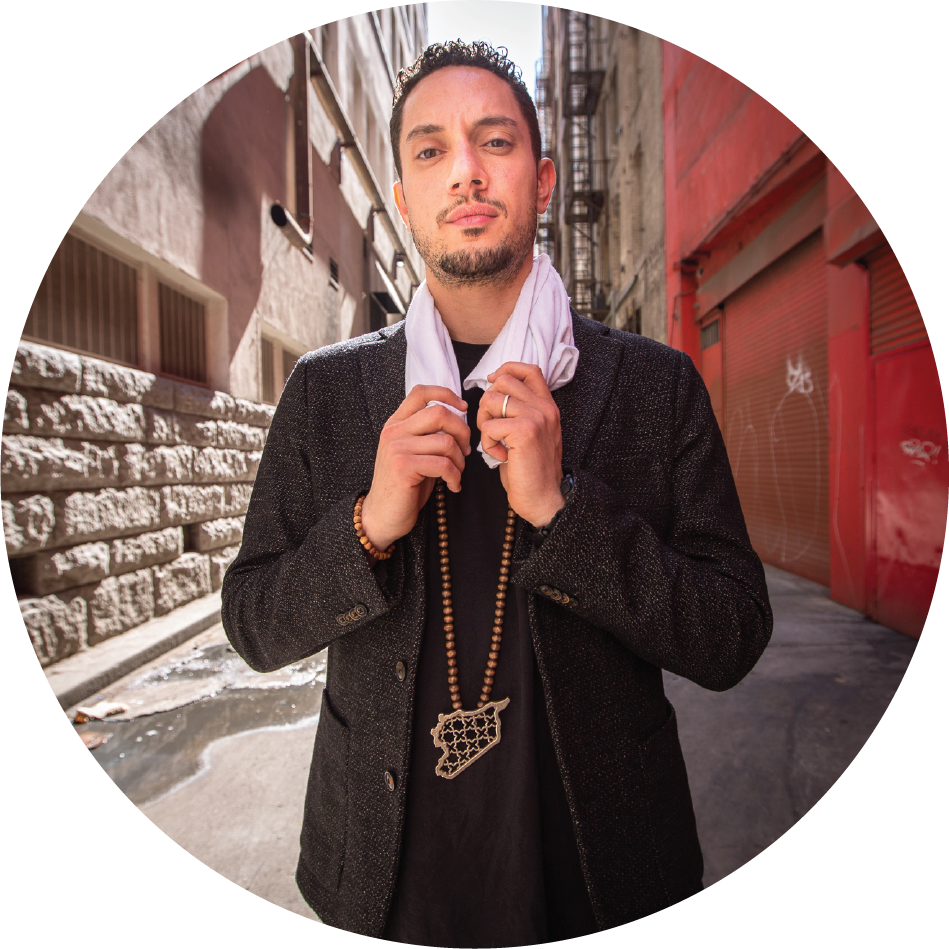 The area studies centers of the UNC College of Arts & Sciences are uniquely positioned to stimulate a campus-wide dialogue on the crisis of citizenship in our world today. Including historians of Asia and anthropologists of Africa, experts in Cuba and political scientists of the E.U. among many other disciplines and regions, the staff and faculty of the centers have lived, worked, taught, and researched overseas for decades while also building partnerships with global universities and bringing international students and scholars to UNC’s campus. Our work has long grappled with questions of identity, belonging, cultural position, legal status, and existential security, resulting in the unique week of programming that we are calling “Crises of Citizenship.” 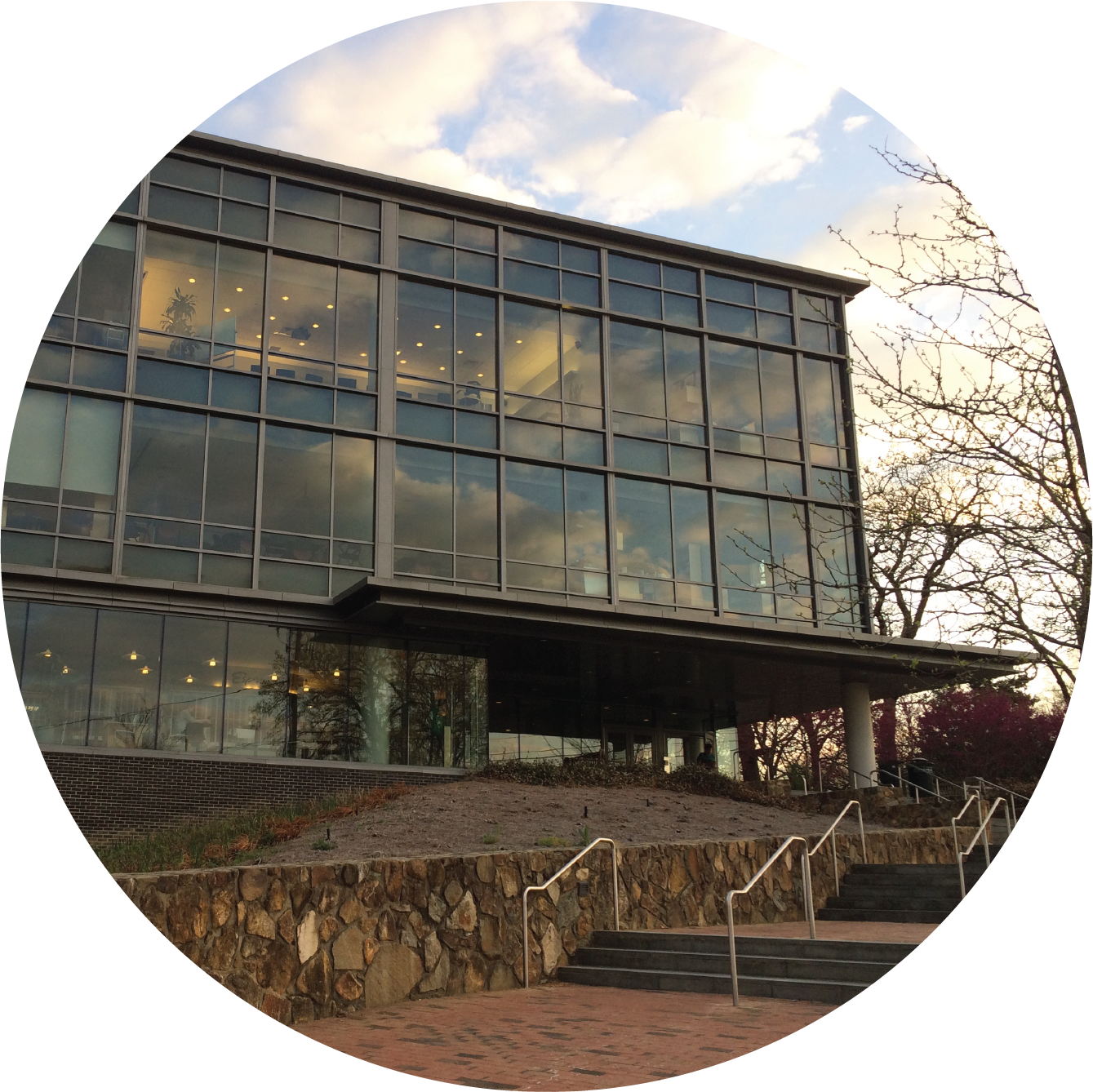