Hear from a panel of outstanding UNC alumni in globally focused careers! A networking reception will follow the panel. At the reception, representatives from UNC’s global units will join the panelists and attendees. Global units include the Campus Y/Global Gap Year,  the Latino Migration Project, the Office of Distinguished Scholarships, the UNC Peace Corps Recruiter, UNC Study Abroad, and University Career Services. 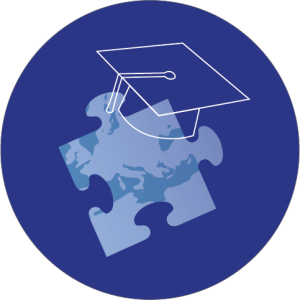 Ahmed Elmahdi is based in the Raleigh-Durham area and oversees contract acquisitions, partnerships and business strategy as Business Development VP for Valley IT Solutions. Prior to working in the technology field he worked as a researcher and lecturer in Saudi Arabia’s Dammam University as well as a human rights and humanitarian aid program manager in East Africa. Ahmed received a Bachelor of Arts in Political Science from Ohio University and a Master of Arts in Political Science from the University of North Carolina at Chapel Hill through the TransAtlantic Masters Program.

Liliana Gregory graduated from UNC Chapel Hill in 2015 with a B.A. in Economics and Germanic & Slavic Languages & Literature (GSLL). She was the very first student to graduate GSLL with a concentration in Central European Studies. She has over 4 years of professional consulting experience with an emphasis in project management, process analysis and improvement, and software implementations. Her current area of concentration is global payroll transformation through payroll system implementations, process improvements, and vendor selections. Prior to joining Hackett, she worked at Public Consulting Group, where her primary focus was working with state and local education agencies to improve operational efficiency and boost reporting and compliance measures, specifically in the areas of special education, student health, and special transportation. Her combination of an Economics and GSLL background helped land her this role right out of undergrad, as Public Consulting Group has offices and projects in Poland. Throughout her career, she has worked with people all over the world, including Poland, India, Canada, and Japan.

Kate Hewitt is a federal contractor with the National Nuclear Security Administration. Prior to joining NNSA, she was a security and strategy Research Assistant and Herbert Scoville Peace Fellow with the Foreign Policy program at the Brookings Institution. She previously served in Peace Corps Moldova, and held internships with MIT and Energy Northwest. Kate was a 2018 Nuclear Security Innovators Fellow and 2019 recipient of the Bulletin of the Atomic Scientists’ Leonard M. Rieser Award for her national education project on nuclear weapons education. Kate has been quoted in and published by CNN, Brookings Press, Defense One, The National Interest, Inkstick Media, 38 North and more. She sits on the Board of Advisers for Girl Security, a nonpartisan, nonprofit increasing the representation of women in national security. Kate will be featured in a documentary series on existential risks coming to Netflix and Hulu this fall. She holds an M.A. in Global Studies from the University of North Carolina at Chapel Hill, where she was a Farsi FLAS Fellow focused on nuclear weapons proliferation theory, and a B.A. in Political Science and Philosophy from Gonzaga University.

Jennifer Rimbach is an investment officer at the Millennium Challenge Corporation (MCC). She is responsible for attracting private capital to leverage public investments in sectors from infrastructure and energy to education. Jennifer’s current portfolio includes Tunisia, Mozambique, El Salvador, and The Gambia with an average investment size of $350M. Prior to MCC, she has worked with organizations including the Peace Corps, U.S. Department of Commerce, United Nations Capital Development Fund, and the Latino Community Credit Union. Jennifer received a Bachelor of Arts in Romance Languages from the University of North Carolina-Chapel Hill and Master of Public Policy with concentration in international development finance from Duke University.

Derrick holds a B.A. in political science from the University of North Carolina-Chapel Hill and an M.B.A. from Henley Business School, University of Reading in the U.K. Derrick is a member of the board of directors at the British American Business Association of Washington, DC, and The Royal Aeronautical Society. Derrick lives in Alexandria, Virginia, with his wife Dara and twin girls (Emily and Caroline).