Hear from a panel of stellar UNC alumni in globally focused careers! A networking reception will follow the panel. At the reception, representatives from Honors Carolina, the Peace Corps, the UNC Campus Y, UNC Career Services, the UNC Office of Distinguished Scholarships, and UNC Study Abroad will join the panelists and attendees. 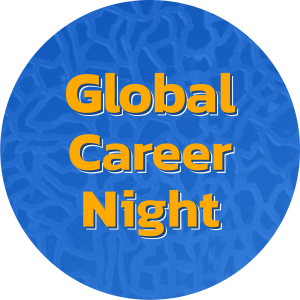 University of Texas at Austin

Anthony Dest is a PhD candidate at the University of Texas at Austin. He is researching the impacts of violence and development on Black communities in Colombia. Prior to beginning his graduate studies at LLILAS, he founded the Colombia Land Rights Monitor and worked at the Washington Office on Latin America. Anthony received his bachelor’s degree in Political Science and Latin American Studies from the University of North Carolina at Chapel Hill. He is a National Science Foundation Graduate Research Fellow and former Fulbright Scholar.

former US Department of State

Erin O’Connor Minthorn is Raytheon International’s director of Foreign Policy and National Security Affairs. Raytheon Company (NYSE: RTN), with 2016 sales of $24 billion and 63,000 employees worldwide, is a technology and innovation leader specializing in defense, civil government and cybersecurity markets throughout the world. Raytheon is headquartered in Waltham, Mass.

Before joining Raytheon, Ms. Minthorn was a career member of the Foreign Service of the U.S. Department of State, beginning in 2008. Most recently, she served as the Chief of Staff to the Special Presidential Envoy for the Global Coalition to Defeat ISIS. Her assignments also included the Bureau of Consular Affairs, the African Affairs Bureau’s Office of East Africa, and overseas at the U.S. missions in London and Beirut.

former US Department of State

Justin Sosne is a Vice President at Bower Group Asia. He oversees BGA’s talent and strategy portfolios, working to attract and develop the world’s top talent while also ensuring BGA’s corporate strategy aligns with clients and markets around Asia and the globe. In this role, he utilizes his considerable management expertise and intuitive understanding of BGA’s people and systems to get the best results for BGA’s clients and people. Prior to his current role, Justin served for three and a half years as a senior director, managing top-line relationships with BGA clients.

Before joining BGA, Justin was an International Affairs Executive on detail to The Coca-Cola Company from the U.S. Department of State. Before working in the private sector, Justin served for four years at the U.S. Department of State in the Office of Global Women’s Issues under the leadership of former secretary of State Hillary Rodham Clinton and Melanne Verveer, the first U.S. ambassador-at-large for Global Women’s Issues, an office where he received multiple awards for his service.

Prior to joining the government, Justin served as a Coro Fellow in Public Affairs in Pittsburgh, Pennsylvania. He also conducted research on United Nations peacekeeping at the Global Public Policy Institute in Berlin, Germany. Justin graduated with a master’s degree in public policy and management from Carnegie Mellon University and a bachelor’s degree in political science and Spanish from the University of North Carolina at Chapel Hill.